Learn More About The Kiko Goat

This is a relatively new breed of goat. It was bred into creation in New Zealand in the 80s. The original breeders took several breeds, including a feral breed from New Zealand, and started breeding them so that they could get a faster-growing breed and one that would survive and thrive in the wilds of the New Zealand hills. Kiko goats are meat goats; in fact, their name means meat in Maori.

The Kiko goat tends to have a heavier body than a dairy goat would. That heavier body happens because the calories that the goat takes in go toward bulking up and adding more meat to its frame. The does average 100-180 lbs, while the bucks can weigh up to 300 lbs. The Kiko tends to be fairly hearty as well.

Overall, Kiko goats are fairly calm and laid back. They are more a production animal than a pet animal, so they would be considered livestock. This was bred into them, to keep their livability characteristics alive. Those features are what make them a fairly easy breed to keep. They don't require as much care and hands-on work as other breeds. The does also tend to be really good mothers. They give birth fairly easily and don't often abandon their babies.

Most goats are good at getting out of the pens that they are in, but the Kikos are true escape artists. They will be able to find all the places that you might think they wouldn't fit into. That means that you are going to have to be on top of fence maintenance so that they aren't digging under the fence to get out.

If you are looking for a breed of goat that you can raise for meat, the Kiko can be a really good breed. Make sure that you have more than one animal because goats are herd animals and are going to do better when they are in a group.

For more information on Kiko goats, contact a professional near you. 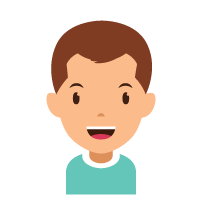